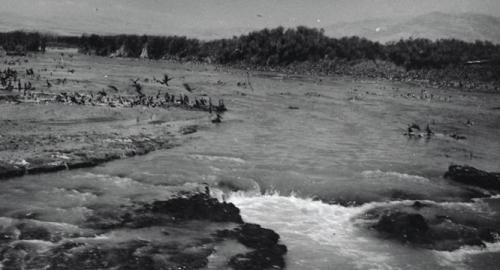 The Jordan River feeds water into Lake Hula, previously a swamp and a feeding ground for birds migrating from Africa to Asia, was a problem for Israel due to its inability yield crops. In the early 1900s a plan was made to drain the swamps in order to make the land more arable, however it was postponed due to political unrest.

In 1951 the plan was finally carried out by digging a canal to relocate some of the water to dry out the land with the intentions of providing farmland and eradicating malaria. Years went by and it became clear that only some of the intentions could be fulfilled; malaria was eradicated in 1949 due to the exodus of carriers, and the soil had degraded, making farming very difficult. The conclusion was drawn that successful development can endure only if a balanced compromise between nature and development is achieved. A small area of the previous lake has been reflooded in order to prevent further soil degradation.