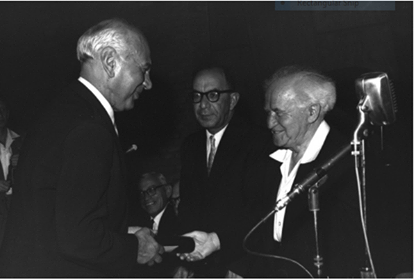 Awarded annually in the presence of the President, Prime Minister and Supreme Court Chief Justice, the prize is the highest civilian honour in the nation, awarded on behalf of the State to those who have showed excellence in their chosen field or contributed to Israeli culture.

Civilian honours and fostering a sense of civil society helped the young State of Israel self actualise its desire to be a thriving liberal democracy, and a hub of technology, culture and innovation. It was determined to move away from a militaristic focus, and become a nation in its own right.