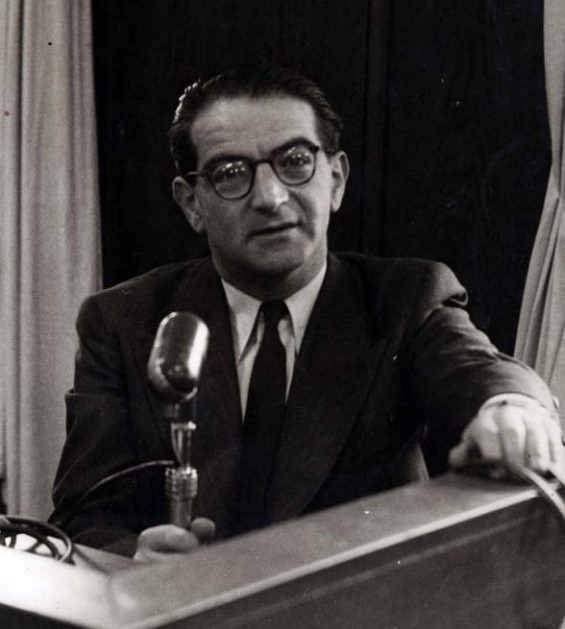 At the beginning of 1954, the construction of Yad Vashem began, just outside Jerusalem. It was to become the biggest holocaust memorial in the world. A key tenet of Yad Vashem was to remember not just those who perished in the holocaust, but those who risked everything to help others survive.
At the same time, less than ten kilometres away, the Kastner trial began.

It was a libel case, where the Israeli government, on behalf of Rudolf Kastner, sued a journalist named Malchiel Gruenwald. Gruenwald had published a pamphlet accusing Kastner of collaborating with the Nazis; it said that Kastner had paid off the Nazis to ensure the safe escape of 1,684 Jews from Hungary. Furthermore, it accused him of knowing about the atrocities being committed at Auschwitz, but not telling the wider community. Gruenwald won the case. Three years later, largely due to the publicity the case had received, Kastner was killed outside his home in Tel Aviv.

The irony here is clear: a memorial to those trying to save Jews is built, and at the same time, in almost the same place, a man is condemned for doing exactly that. Whether or not Kastner did the right thing, it is clear that he did what he thought was best for the Jewish people as a whole. This is not the only case of someone making a hard decision for what they thought was the greater good. Moshe Sharett, Prime Minister of Israel in 1954, chose to hand over Joel Brand to the British. Brand had tried to negotiate a deal with the Nazis in an attempt to save 1,000,000 Jewish lives.

The deal fell through, and the British wanted to question, and later incarcerate, Brand for his cooperation with the Nazi leaders. Sharett, wanting to keep a good relationship with Britain for the sake of the new Jewish homeland, gave him up.

This brings up the question of “does the end justify the means?”, a question that is clearly still an important issue for modern Israel: does the existence of a Jewish state justify the lives lost in conflict over it? This question will likely never be agreed on but, as we approach the 70th anniversary of the founding of the state of Israel, it is certainly something to think about.