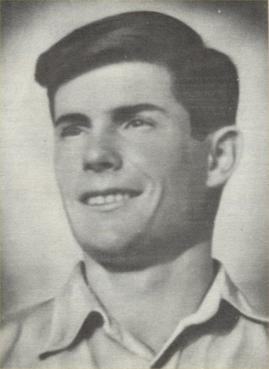 On the 13th January 1955 Uri Ilan, having been imprisoned by Syrian forces, committed suicide in captivity. Only a month earlier, Ilan, along with four other IDF soldiers, had been entrusted with a secret mission to change the batteries of a wiretapping device across the Israel-Syria armistice line in the Golan Heights. The mission, however, went awry and soon the men were surrounded by Syrian troops, heavily outnumbered.

All five were taken to Al-Mazza prison, where they were subjected to days of excruciating torture, both physical and psychological. Ilan, fearing that he would reveal Israeli military secrets under torture, and having been told that the other captives had already been hanged in Damascus public square, chose to take his own life. He left several notes on his person, including the following:

“They have killed everyone. I await the sentence. I know nothing about the rest. Bury me next to Gabi. They are going to kill me. Avenge.”

“I did not betray. I committed suicide.”

Subsequently Ilan ‘was made a national hero, a legend of folkloric proportions’, as the words “I did not betray” became ingrained in the Israeli national consciousness – the phrase perfectly emblematic of the greatest possible expression of love, loyalty and commitment to the State of Israel.

As we approach the 70th anniversary of the establishment of the State of Israel, it is important to remember those who sacrificed themselves to ensure its safety and security, to allow it to grow and prosper. Uri Ilan was one of many who lost their life in the pursuit of a Jewish state, and he, along with many others like him, should never be taken for granted and should never be forgotten.