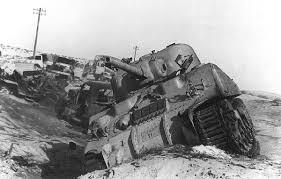 The most notable event involving Israel in 1956 was the Suez crisis (also known as the second Arab-Israeli war), in which Egypt attempted to nationalize the Suez canal. The Result of this was an invasion of the Sinai Peninsula, in which Israel occupied Gaza, as well as capturing the straights of Tiran and Sharm el-Sheikh.

The aftermath of this was the re-opening of the Straights of Theran to Israel for the first time since 1950, allowing them to ship goods to Africa and Asia. It also demonstrated that the IDF were able to carry out large scale missions, not just small scale night raids Other events in 1956 included the founding of the city of Ashdod, the Founding of Tel Aviv university and the establishment of diplomatic relations between Israel and Austria.