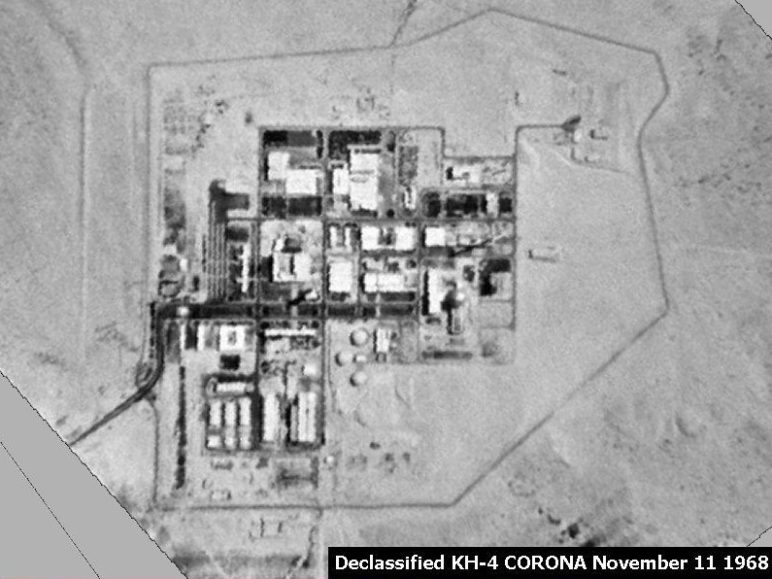 By Vitale Stone (Bogeret and Madricha)

What did you do for your 10th birthday? I had a trampolining party, Israel went nuclear.

1958 saw the beginning of the construction of the Negev Nuclear Research Centre, or colloquially, the Dimona reactor, located in the Negev desert about thirteen kilometres outside of the city of Dimona. The birth of Israel’s nuclear programme was intrinsically linked to France, and, more specifically, the French interest in the Suez Canal. The secret construction of the reactor on Israel’s tenth birthday (unbeknownst to the International Atomic Agency) was a result of the Sèvres agreements- the same agreements that lead to the Suez Canal Crisis.

After the failed attempt of Britain and France to gain control of the Suez Canal, and with the backdrop of decolonisation of Africa, the building of the Dimona reactor was a last ditch effort from France to retain some control of the region. In fact, the attempt was an expensive and laborious one. With French assistance, the reactor built was two to three times larger than the 24 megawatt EL- 102 reactor agreed under the Sèvres agreements, able to produce 22 kilograms of plutonium a year. The support was not limited to the French however. Secret British documents obtained by the BBC show that Britain made hundreds of secret shipments of restricted materials to Israel in the fifties and sixties, including uranium-235, plutonium and highly enriched lithium-6. Britain also shipped 20 tons of heavy water (used as a moderator to slow down neutrons in nuclear reactors) to Israel in 1959 and 1960, and attempted to disguise it as a deal with the Nowegian company Noratom.

The reactor, claimed to be for desalination purposes, led to the prompt resignation of six of the seven members of the Israel Atomic Energy Commission, who protested that the reactor was a precursor to “political adventurism which will unit the world against us.”

Israel has neither admitted nor denied having nuclear weapons, but has said that if it did have them, it wouldn’t be the first nation in the region to. And despite having the fully functioning Dimona Reactor, Israel has no nuclear power plants and in 2007, Israeli Infrastructure Minister, Binyamin Ben-Eliezer, said that Israel should start to consider producing nuclear power for civilian purposes. However, in 2011, Netanyahu ruled out Israeli nuclear energy, citing the Fukushima Power Plant disaster as the reason why.

It is therefore clear that the Dimona reactor is not being used for renewable energy- but rather for other purposes- despite it being a child of France who derives about 75% of her energy from nuclear power plants (second only to the USA in generation of nuclear power). Israel’s nuclear reactor was clearly born out of political intrigue in 1958, and despite the country’s blatant ability to generate cleaner, nuclear energy, it is reluctant to.

1958 introduced Nuclear power to Israel, who is now estimated to have up to 400 warheads, which would make it the third biggest nuclear arsenal in the world. Will Israel’s nuclear endeavours extend from warheads to clean energy? Only time will tell.