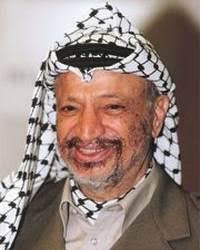 By Jess Bloom (Bogeret and Madricha)

In 1988 Israel’s right to exist was recognised following the Palestinian Declaration of Independence which was proclaimed by Yasser Arafat, the chairman of the Palestine Liberation Organisation (PLO). Whilst the declaration did not explicitly recognise the State of Israel, Yasser Arafat, who was then elected as the first President of the State of Palestine, acknowledged Israel’s right to exist and stated that he was in support of the two-state solution to the Israel in Geneva.

The declaration opens with the words, “Palestine, the land of the three monotheistic faiths…”, a statement that is significant as it showed recognition for the fact that Judaism is integral to the heritage of the ancient land. A further significance of this declaration was that it called for multilateral negotiations on the basis of UN Security Council Resolution 242, a call that was later regarded as “the Historic Compromise,” particularly because it no longer questioned the legitimacy of the State of Israel.