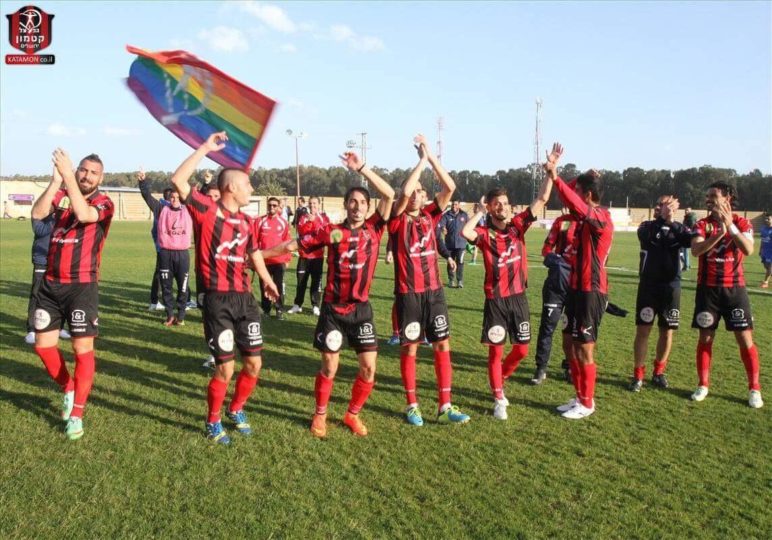 2007 saw Shimon Peres elected as president, Israel’s first Muslim minister, the teachers’ association staging the longest strike the Israeli education system has seen, the opening of the 471 highway, the Annapolis Conference and the death of Teddy Kollek.

All were significant events in one way or another and most likely featured in national news. However, away from the headlines, the football club that is now Hapoel Katamon Yerushalayim was founded and played its first game, beating Hapoel Nahlat Yehuda 2-1.

At its founding, Katamon was the first fan-owned club in Israel and has since been followed by four others. It successfully combines an inability to play football or string passes together, with an ability to support important political causes and engage in community work. Their project “the Social Initiative” includes instructing students in Jerusalem schools and teaching Hebrew to new immigrants. At games, LGBT, ‘Welcome Refugees’ and flags supporting other important causes are always prominent.

So with all the political and national events listed above, why have I chosen to mark 2007 by talking about a third division, but promotion-pushing football club? For me, whilst the other events are relevant on the timeline of Israeli and Zionist history, Hapoel Katamon encapsulates a reason why Israel and Zionism are important to us. Cultural Zionism believes that the modern State of Israel is the stage for the cultural revival of the Jewish People. Through musicians such as Shai Tsabari and TV series such as Fauda, Jews are being united and our culture is flourishing. A part of this is sport, where we have seen Israelis compete at the Olympics and in European football competitions. Hapoel Katamon is an informal cultural arena which presents a Zionism which cares for the oppressed in society and fights on social issues. The ability for Jews to freely express all facets of their Jewishness is a vital success of Zionism and Israel.