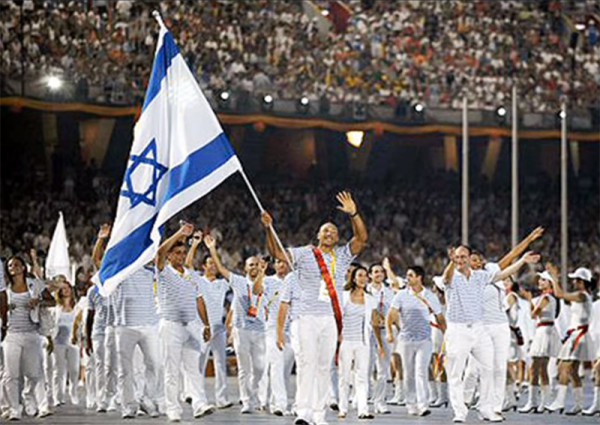 By Reuben Green (Boger and Rosh)

Israel sent Forty-Three world class Athletes to compete at the 2008 Summer Olympics,
making Israel’s fourteenth participation in the Summer Olympics the second biggest team
they have ever sent (47 participated in 2016). Despite such a large team Israel achieved
only one medal, a bronze in the men’s sailboard event by athlete Shahar Tzuberi. However
the Israeli team performed incredibly well winning notable positions in several other events.
A fourth place for the duo Vered Buskila and Nike Kornecki in the women’s 470 class sailing
and a fifth place for Judoka Gal Yekutiel in the men’s 60Kg Judo, despite winning Bronze at
the European championships the year before. Most notably despite being Israel’s first
appearance in the team events for the rhythmic gymnastics, the Israeli team achieved a 6th
place, just tailing the world leaders of the sport Russia, China, Belarus, Italy and Bulgaria.
However the Israeli Paralympic team fared much better, sending 42 athletes and winning 6
medals, five silver and one bronze. Inbal Pezaro won an incredible 3 silver medals in three
swimming events, Doron Shaziri won a silver in the men’s shooting, the duo of Boaz Kramer
and Shraga Weinberg won silver in the mixed quad tennis doubles and Eli Nawi won a
bronze for Israeli Rowing in men’s single sculls. Again significant achievements were made
by athletes who just missed out on medals, the men’s wheelchair basketball team achieving
6th place the three person Keelboat sailing team just missed out on a medal at 5th place.
The Israeli athletes in the swimming events achieved several top ten places and even a 8
top five places and the table tennis men’s doubles team just missed out on a medal at 4th
place. Despite not winning the vast quantity of medals that larger nations like China, the
USA and Russia win Israel has still made significant contributions to world class sport and
will continue to up its game and win many more medals in the future.